Darren Grey was born without the lower half of his left arm but as instilled into him from a young age by his parents, he has always lived by the maxim:

Aged about 8 or 9, Darren was introduced to the great game of golf by his Dad. Starting with a cut-down club, Darren simply enjoyed swinging this club and hitting the ball.

In his youth, Darren was a very talented and dedicated swimmer who had the potential to represent GB at the 2000 Sydney Paralympics. However, as you will read, golf and not swimming became his singular passion after hitting his first ‘sweet’ golf shot.

In 1999, Darren joined Darlington Golf Club and within 3 months made his first hole-in-one!! Over the next few years, Darren’s golf gradually improved and in 2008 he was selected to represent Europe against the USA in the biennial Fightmaster Cup, the one-armed golfers equivalent of the Ryder Cup. Hitherto, Darren has played 4 times in this event with a phenomenal playing record of Played 20, Won 17, Halved 1, Lost 2.

In 2010, Darren became the World One-Armed Golf Champion coming through 36 holes of strokeplay qualifying and 4 rounds of match play, most of which he played with an injured hand!! This global success elevated Darren to #1 in the World Rankings. In 2013, Darren won both the gross and nett sections of the English and Welsh One-Armed Golf Championship.

A couple of years ago, Darren first applied to the PGA to become a Professional golfer, even though his handicap at the time (7) was outside the PGA criteria of a 4 handicap or better. Not deterred, a couple of months ago, Darren finally relinquished his amateur status and became the first one-armed PGA Assistant Professional Golfer in the UK. 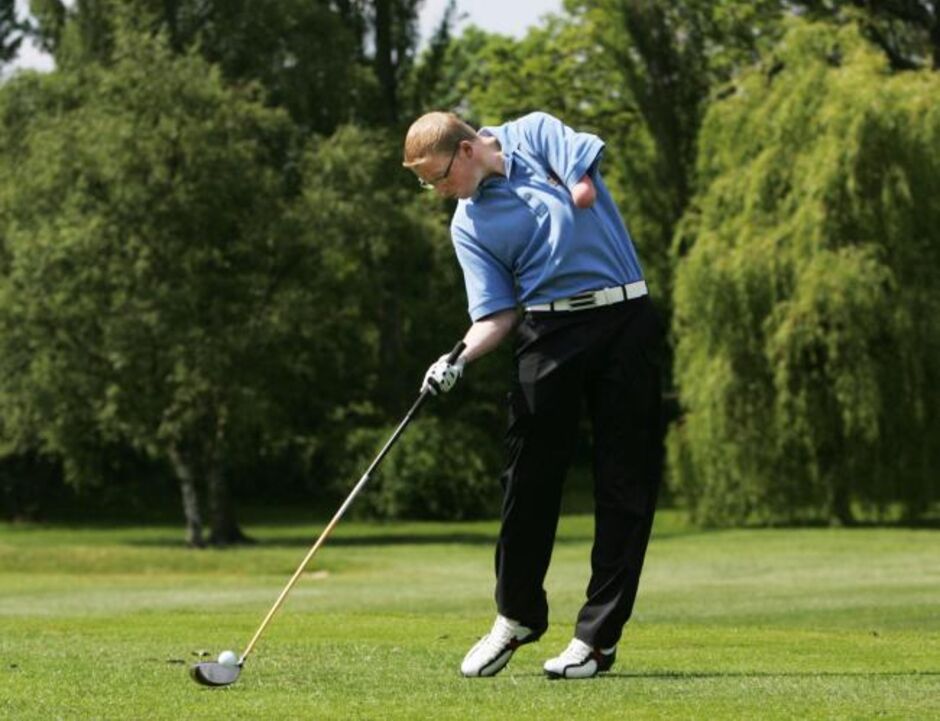